How to reissue a lost passport?

A passport is an official document issued by the government attesting to an individual's identification and citizenship. A passport allows the person to travel to other nations under government protection.

To reissue a lost passport, the Passport Office has two primary stages. The first is to issue a new passport, while the second is to reissue an old passport.

Passport lost? Confused by the lost passport procedure? Want to know how to apply for lost/ missing passport application?

This article explains how to obtain a new or duplicate passport and will also tell you the necessary documents for a lost passport application and its fee.

If your passport is lost, damaged, ripped, or soiled, you will need a replacement to travel. Here, I will explain how to apply for a lost passport.

But first, let's review some essential details and procedures for a duplicate passport.

After losing your passport, firstly you must go to the nearest police station. An individual should bring their proof of address and, most crucially, a copy of their passport for this.

Theft of a passport might result in identity theft. This is a serious offense in which the perpetrator might replace your photo with his own and unlawfully traverse borders, implicating you in the crime. If you lose your passport overseas, the situation becomes more difficult.

For this reason, you should always carry your passport's number, date of issuance, expiration date, and place of issuance. Additionally, maintain a photocopy of your passport or a photograph on your phone when traveling.


How to Receive a New Passport if you have lost your passport?

If your passport has been lost, you should first file a police report at the nearby police station. The loss of a passport should be reported immediately to the nearest Police Station.

Police report stating that the passport has been lost. Next, apply with the passport office for a "reissue" of your passport.


Reasons to Apply for Reissue of Passport

One may request a passport reissue for any of the following reasons:

There has always been much misunderstanding surrounding passport renewal and reissuance.

Renewal of passport occurred when the passport was issued for a limited time/short validity of 1 to 5 years and now needs to be extended to 10 years like the standard passport.

When submitting a request for the reissuance of a passport, applicants must present specific documents.

The following is a list of the general documents needed for an individual to apply for a passport reissue. It must be noted that, depending on the circumstances, the Passport main office may request additional documents from the candidate:

A valid, government-issued document includes the applicant's full name as stated. This is needed as it should also be on the individual's passport and official documents.

A document confirming the applicant's date of birth must also be presented. A birth certificate or school-leaving document that includes the date of birth qualifies as proof of age.

Before obtaining a new passport, the applicant is also needed to submit their old passport booklet.

Self-attested copies of the booklet's first and final pages

The individual must produce self-attested copies of the booklet's initial and final pages.

If an appointment has been scheduled online with the Passport Office, the applicant must give a printout of the last page that verifies the payment, appointment time, and date.


Booking a slot for Reissue of Passport

Here are the steps you must follow to book a slot for the reissue of your passport:

After submitting the passport reissue application, the Passport Office determines if a police investigation is necessary. This may occur before or after police verification.

The Passport Office may only demand a post-police verification if the applicant's identity, address, and personal information have not changed.

However, if the application involves a different name, address, etc., a pre-police check may be necessary to ensure that the candidate has provided the correct information.

Pre- and post-police investigations may be essential, based on the passport office's records and the available resources to conduct the appropriate inspections.

The exclusions for the various types of police verification selected by the Passport Office for passport reissuance are based on applications for:

The passport can be lost or stolen at any time; you must be aware of the procedure to get a duplicate passport to avoid any problems in the future. So, I hope you like this post. Let us know if you have any doubts or questions; we are always happy to help you! 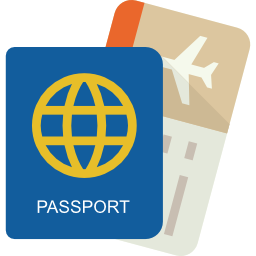 ⏰ ⏰(1 Hours ago) Verified
0
Guest
Loading...
Hello there! We're here to help you. Please fill out the form below to start a chat with the next available agent.